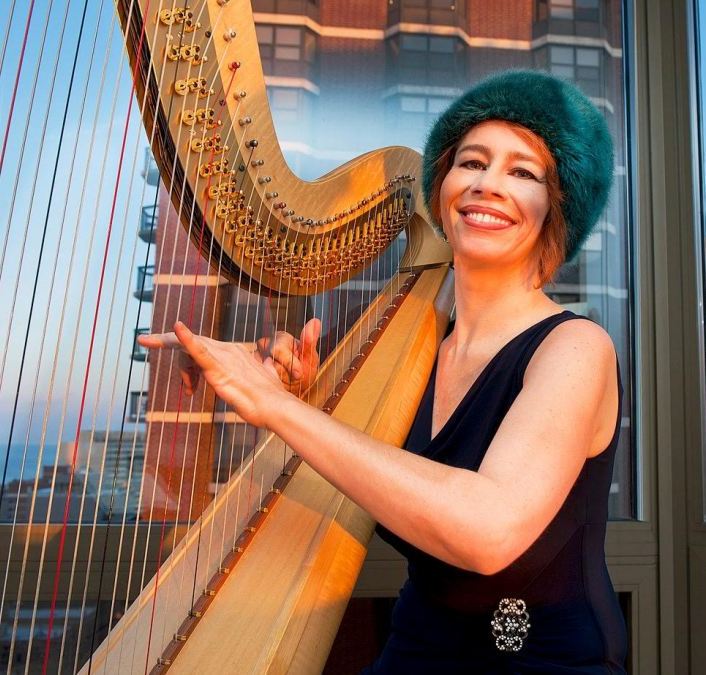 Light Refreshments Will Be Served

Simona and Isabelle will bring you around the world with some favorite classics from the American, French and Italian repertoire.

Simona De Rosa is an award-winning singer, composer, educator. Having released two albums as a leader and appearing on numerous albums, she has established herself in the NY jazz scene and continues touring internationally.

Born in Napoli, Italy, Simona De Rosa started to play piano at the age of 10. As a teenager she discovered her voice and started singing different types of music from classical to pop and soon became fascinated by jazz and the thrilling possibilities of spontaneous improvisation.

While studying geology in Napoli, Simona already had the chance to work with many bands ranging from a duo to big bands. After graduating from Federico II in 2008, Simona moved to New York, and has been living there and in Italy since then. During her time in New York, she was also enrolled at Queens College where she developed her skills in arranging and performance. She was offered to travel with her projects gracing several stages in USA and Europe also as an opening act for such artists as Louis Prima Jr. Simona joined the Duke Ellington Sacred Concerts conducted by Randal Keith Horton and was invited to sing many times at the prestigious Friars Club in Manhattan by the actor/singer Dominic Chianese. Simona is also very close to her roots in the USA, organizing events for the Italian-American community with traditional Neapolitan music. She was awarded by Ed Mangano for her spirit of leadership and dedication to the Italian-American community. Now she is working on her third album with the finest musicians in the New York jazz scene.

Isabelle Olivier is a professional musician with more than 20 years experience, performing and recording with many great musicians in more than 20 countries.

She has recorded six albums of original compositions in France and in Germany, and a DVD. She composed music for theater, film scores, exhibitions, poetry, dance and puppet shows. She has been nominated for the French Victory of Jazz for “Year Revelation” and received an “Outstanding Musicianship“award from the Berklee School of Jazz in Boston.