Vai al contenuto
Cordially invites you to attend
the opening reception for
DRAWINGS OF D-DAY:
An Artist's Journey Through War
An Exhibition Featuring the Drawings
of WWII Veteran and Artist
Ugo Giannini 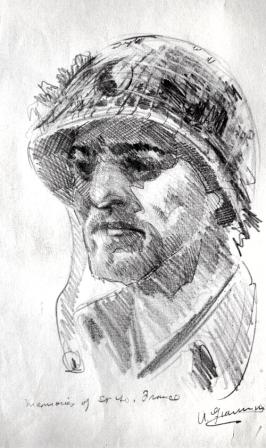 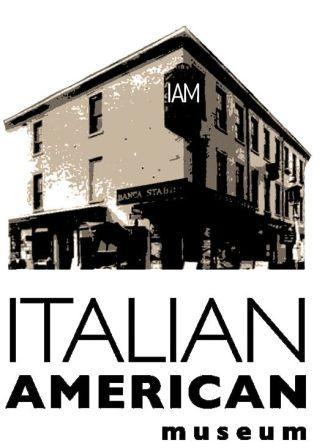 FOR IMMEDIATE RELEASE
‘DRAWINGS OF D-DAY:
AN ARTIST’S JOURNEY THROUGH WAR’

The Italian American Museum (155 Mulberry St., 212-965-9000) will present 22 works by Ugo Giannini created on the D-Day invasion battlefield in 1944. Giannini, an infantryman from Newark, was also a trained artist.

The exhibition, comprised of 19 drawings and three paintings, will run from Oct. 15 to Dec. 31 in the Museum’s Gallery. Hours are Fridays through Sundays, noon to 6 PM. An opening reception will take place on Friday, Oct. 14 at 6:30 PM. Suggested admission is $7. 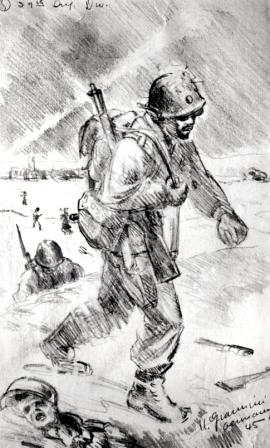 Giannini’s works and accompanying prose capture all the horrors of the battlefield of the invasion that began on June 6, 1944, when 160,000 Allied troops landed on a 50-mile stretch of the heavily fortified French coastline to fight Nazi Germany. The battle culminated in the Allied liberation of Western Europe.

“He jumped into a crater made by naval bombardment, and spent that day and part of the next day as an eyewitness to the greatest invasion ever conceived by the military,” said Maxine Giannini, Ugo’s widow. “Remarkably, he began to draw.”

These are the only known drawings made that historic day, as well as the next. Drawn in pencil and pen, in a gritty, realistic style, the images show heavily burdened infantrymen trying to stay afloat in the seawater, crawling on the beach or dead among the ruins of a bombed out village. Interwoven with letters home written by a young man to his family and his girlfriend, the words and images portray the horror of war in a deep and personal way. The abstract paintings in this exhibition provide a powerful statement, composed forty years after the initial experience; a testimony to the enduring power of war on the psyche of one artist-soldier.

Born in Newark in 1919, the son of a tailor and an opera singer, Giannini studied at the Newark School of Fine and Industrial Arts and the National Academy of Design in New York. World War II interrupted his studies, but through the brutal Normandy Invasion, he produced a chronology of drawings beginning with the D-Day landing at Omaha Beach and culminating on V-E Day in 1945. He died in 1993, and to this day Maxine continues to relate his amazing life story to a wide variety of audiences.

On Nov. 17 at 6:30 PM, Ms. Giannini will discuss her husband’s work at a special Museum appearance. On Nov. 27, the Museum will present a panel discussion with World War II veterans.

Founded in 2001, the Italian American Museum is dedicated to exploring the rich cultural heritage of Italy and Italian Americans by presenting the individual and collective struggles and achievements of Italians and their heirs to the American way of life. The Museum received its provisional charter from the New York State Board of Regents on June 12, 2001 and is a 501(c)(3) organization.

The Italian American Museum is a 501(c)(3) nonprofit organization chartered by the Board of Regents of the State of NY.